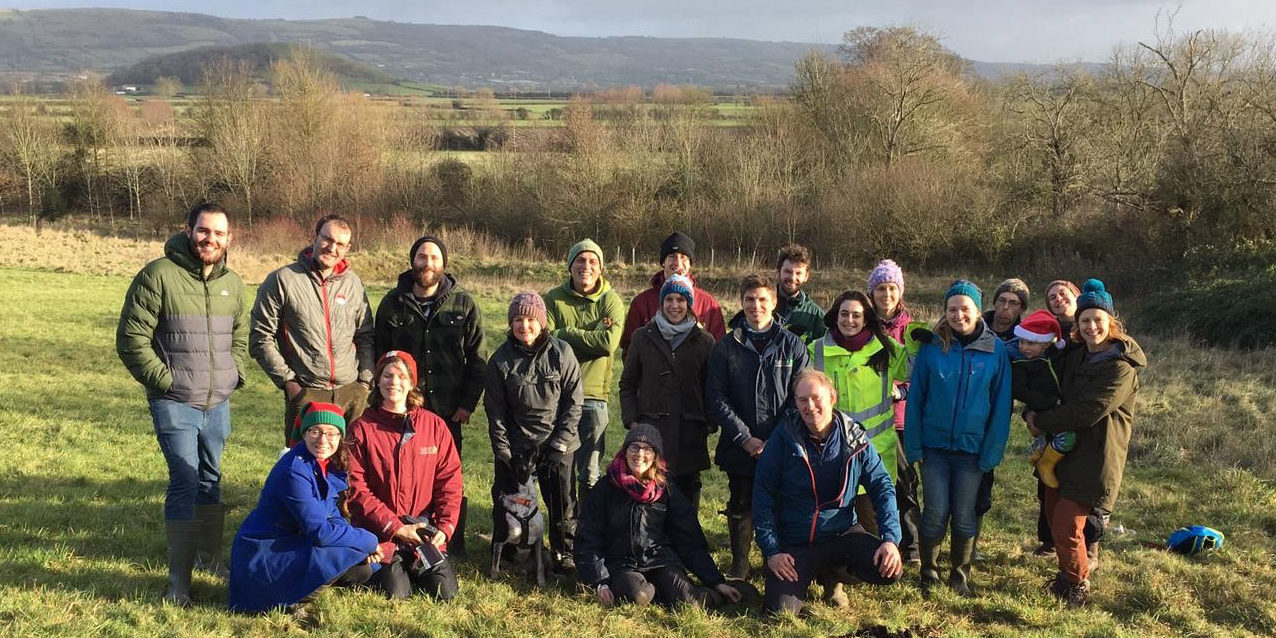 What better way to blow away the cobwebs of our Christmas party than to get muddy in a field and plant some trees. Today, as part of our Christmas celebrations we have taken some time out to do some tree planting in our reserve. There is already a mixture of mature native trees and grassland as well as a pond. We sourced from local supplier Chew Valley Trees and planted  24 trees in total were planted, one for each team member.

The Rughill Nature Reserve, part of the Somerset Wildlife Trust’s Private Nature Reserve Network was set up by Frankie Woods in 2011. The reserve, a mixture of species-rich hedgerows, newly planted woodland and former pasture grassland forms the final resting place of Michael Woods and his son, Jonathan. Both worked to plant trees, and manage the site to encourage the colonisation of the area by protected species and their hard work can now be enjoyed by all following the creation of the Nature Reserve.

It is a fitting tribute to these men who were passionate about the protection of the natural environment. Since the initial trees were planted in 2005 several thousand trees have been planted and are beginning to form a strong band of woodland which fringe two pasture grassland fields. The management of the site is aimed at encouraging wildlife and we now regularly see a wide range of birds of prey foraging over the rough grassland and woodland and have seen badgers take up residence in part of the site. There are grand plans to create new habitats within the reserve including a new wetland area utilising a natural wet flush in one part of the site, and managing the grassland to help drive the development of a species-rich grassland. The grazing pressure has been relaxed although we will hopefully continue occasional grazing on the site.