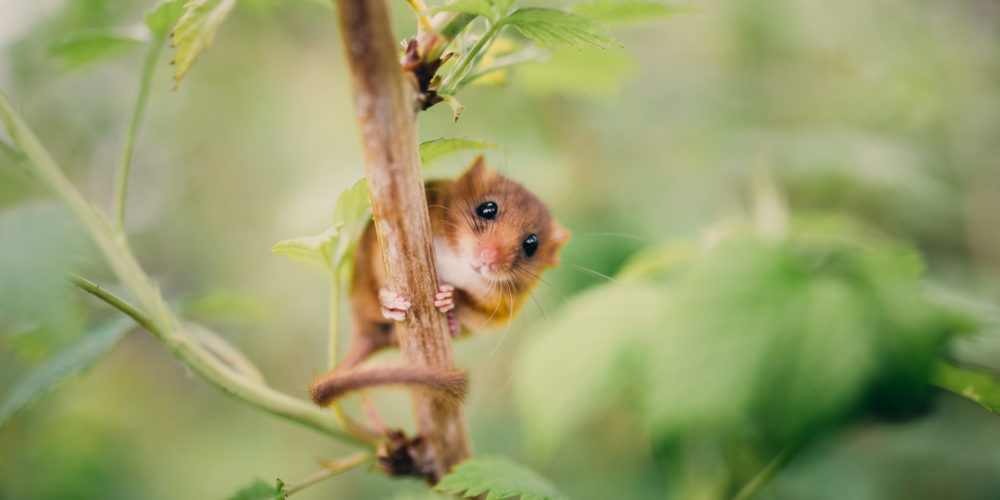 The dormouse, one of the UK’s most charismatic species, has suffered from significant decline over the past 50 years. This arboreal mouse lives in woodlands, hedgerows and scrub habitats, forming nests in the trees and foraging on insects, berries and nuts. They rarely come to ground except when they hibernate, forming nests at the bases of trees in amongst the leaf litter. Dormice receive protection under UK legislation and appropriate licences are required to work with dormice.

Habitat loss and fragmentation have contributed to the severe decline of dormice, which now only occupy small population ranges restricted to southern England and Wales. Clarkson & Woods have considerable expertise and experience in the survey, assessment and protection of dormice. In 2009 we hosted the International Dormouse Conference using a flagship dormouse monitoring project set up by Michael and his father Doug as the focal point.

Where dormice are encountered on site we provide appropriate advice to protect the species and avoid committing offences. This includes obtaining the appropriate licences to permit work to go ahead and mitigation measures. Dormouse mitigation can include translocating the animals, clearing vegetation to displace the dormice and designing and creating new dormouse habitat.

Dormouse surveys require regular site inspections between April and November to confirm presence and/or absence. Due to the long period of time required to complete surveys the requirement can often lead to delays in planning so we advise that these surveys are considered as early as possible within a project.

Subscribe
Sign up with your email address to receive news and updates.
Recent Posts
Gallery
Go to Top