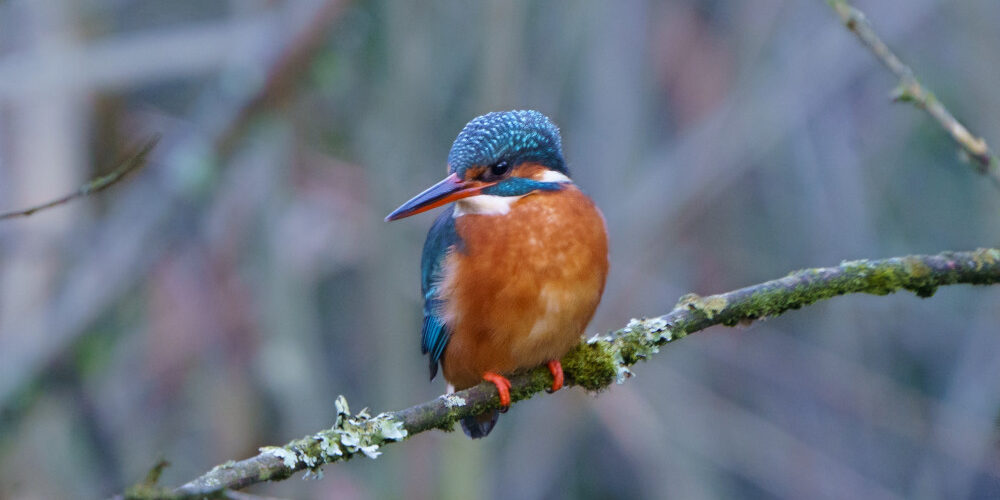 The UK supports a wide array of different species although the populations of many species are in decline as a result of habitat loss, damage, disturbance and fragmentation.  With effective design and appropriate features incorporated into sites new projects can help to stem the decline.

All wild birds in the UK, including their eggs and nests, are protected under the Wildlife and Countryside Act 1981 (as amended). Some birds (as listed on Schedule 1 of the act) receive additional protection against disturbance whilst nesting.

Clarkson & Woods’ highly experienced ornithologists complete a wide range of  bird surveys to inform different types of projects and impacts.  For many projects detailed bird surveys are unnecessary but where significant impacts or losses of habitat cannot be avoided bird surveys may be necessary.

Surveys at their most basic surveys can involve single visit scoping surveys aimed at characterising the nature of the site and the likely abundance and assemblage of birds.   Where rare species or birds particularly vulnerable to the development or project proposed are identified further surveys are likely to be required. These generally involve transect surveys around the site recording birds by sight and song.  Surveys for breeding bird species are undertaken during the Spring and Summer months, typically between April and July.  Surveys for wintering birds are generally completed between November and March.  Surveys can also be necessary for migratory birds on ‘transition’ between summer and winter foraging grounds requiring surveys in Autumn and Spring.

For certain projects particularly those such as wind turbines, but also projects in proximity to designated sites vantage point surveys can be used in preference to transect surveys.  Surveyors locate themselves with a good viewpoint across the site and monitor birds using a telescope.

We also carry out nesting bird surveys, searching vegetation for evidence of birds’ nests prior to vegetation clearance.  Where habitat potentially suitable for use by nesting birds needs to be cleared between April and August then this generally must be preceded by an inspection by an ecologist.  We are able to work closely with landscape contractors to progressively search and clear habitat to allow vegetation to be cleared.  Of course where birds are confirmed a suitable area around the nest will be cordoned off and the nest will be monitored over several weeks until eggs have hatched and chicks fledged and left the nest.  Once the chicks have left the nest we recommend that the vegetation is cleared immediately as it is likely, particularly during the early months of the year, that birds will have a second brood within the same nest.

We are also able to complete detailed species specific surveys for species such as barn owl, kingfisher, cirl bunting and night jar where these species are likely to be present and impacts likely.

Where impacts upon birds cannot be avoided during construction we can provide advice on the design of habitat creation and enhancement measures aimed at securing the long-term suitability of the site for the bird species identified, and where possible build features for other species which might use the site after construction, for example nesting boxes for swifts which are increasingly frequently being incorporated within new build housing.

As part of our work on solar projects we also install bird boxes, including owl boxes on trees and other structures.  We are proud to have installed over 300 bird nest boxes in the past 5 years.  Monitoring of many of these has shown that they have, on average a 80% uptake rate highlighting how effective bird boxes are as a mitigation and enhancement measure around solar arrays.

A site in Highbridge required extensive demolition of existing buildings and clearance of vegetation to make way for new housing. Since the works were required during the bird nesting season, we deployed multiple ecologists to inspect the affected areas for nesting birds and other wildlife prior to clearance.

Sections of the vegetation were observed in stages/ individual buildings observed in turn and any nests located and recorded. An exclusion zone was then set up around the nests to protect them from damage and disturbance until they had completed nesting, with other areas deemed free of nesting birds cleared within 48hours of the inspection. By working in this manner, the construction process was able to continue and wildlife be protected.

A common requirement for us is to prescribe the installation of bat, bird and other wildlife boxes, either as mitigation for lost habitat or as an enhancement. We also regularly install these boxes ourselves once the development has been approved; especially on solar farms up and down the country.

At a solar farm near Trowbridge, we installed a range of boxes on mature trees to provide additional nesting, roosting and sheltering opportunities for various species, including small nesting birds, barn owls, roosting bats and dormice. Ecologists selected the best locations for each box, including choosing an appropriate height and aspect on the tree, connectivity with the wider landscape, and likelihood of disturbance. Installation of the barn owl box also required tree climbing expertise using ropes and harness to manoeuvre the box into position. Subsequent monitoring of the boxes will be undertaken to confirm occupation.