Time out on the River Wye

You are here:
Uncategorized 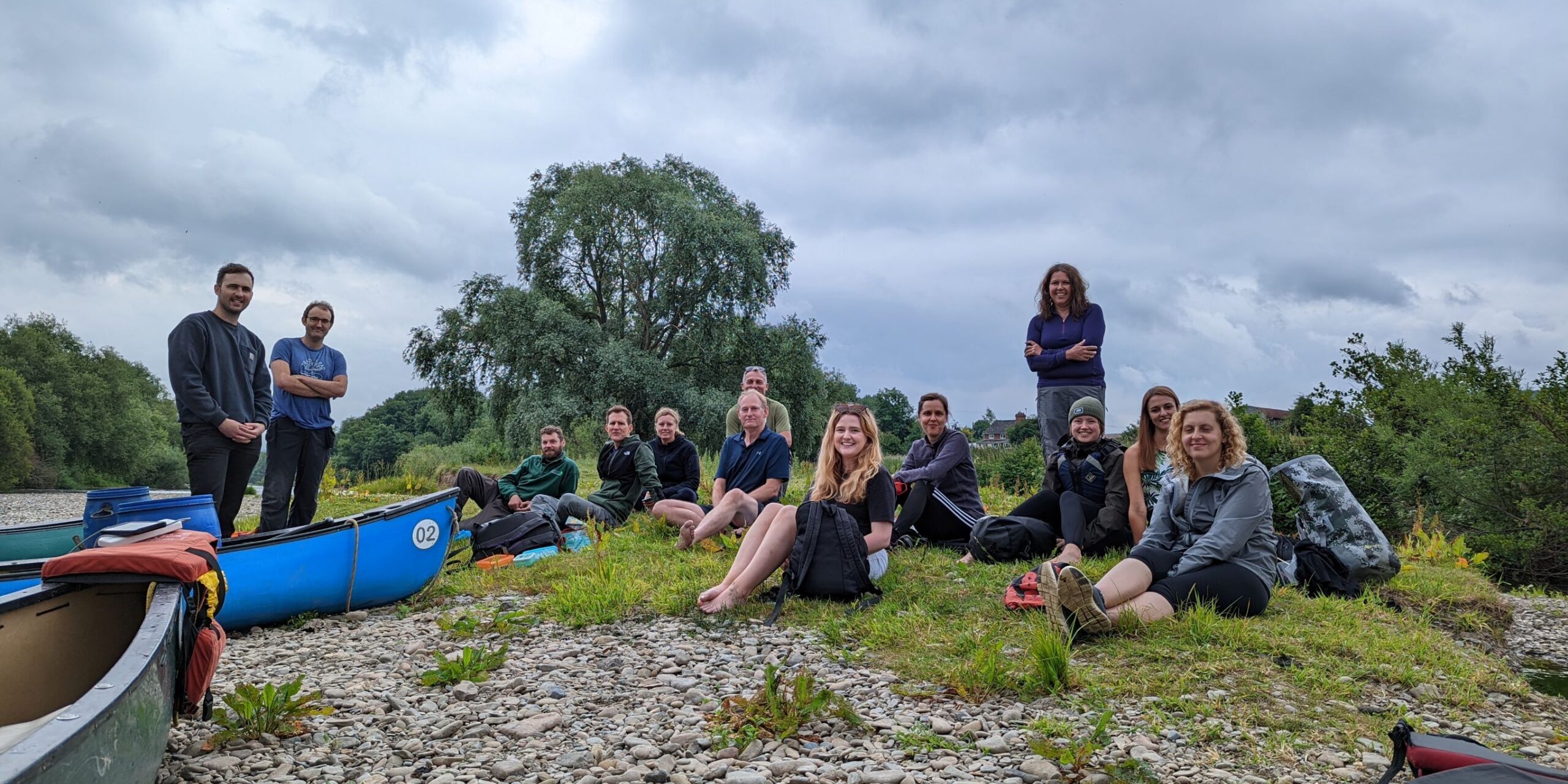 Before the current heatwave hit some of us took a day out to canoe on the beautiful River Wye. It’s the UK’s fourth longest river and a designated Special Area of Conservation (SAC). The river is home to Wales’ most dense population of Otters, thanks to the abundant vegetation of the river banks, clean water and good food supply. 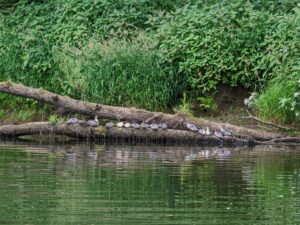 We canoed from Whitney to Byecross which is one of the quieter, more remote parts of the river. This section is almost entirely without houses or people. The dense forest along the river banks towers overhead and on a day with no wind like we were lucky to have it’s very peaceful. Unfortunately we didn’t manage to see any Otters but were accompanied almost the whole way by Sand martins who make their nests in the high muddy banks. There was a delightful family of Goosander neatly lined up on a log and several Mute swans with their cygnets. We also saw all of the other hirundines along the way and also spotted; Common sandpiper, Kingfisher, Mandarin duck, Cuckoo, Wood pigeon, Mallard, Oystercatcher, Pied wagtail, Skylark and Red kite. A shoal of Barbel was also seen, they are fairly common on this part of the river Wye due to the gravel beds.

This is one of the longest routes and took us around 6 hours to complete. The wonderful Byecross campsite provided us with delicious pizzas which were much needed by then. 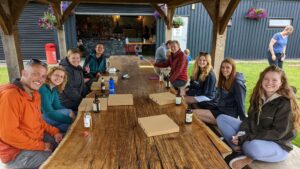